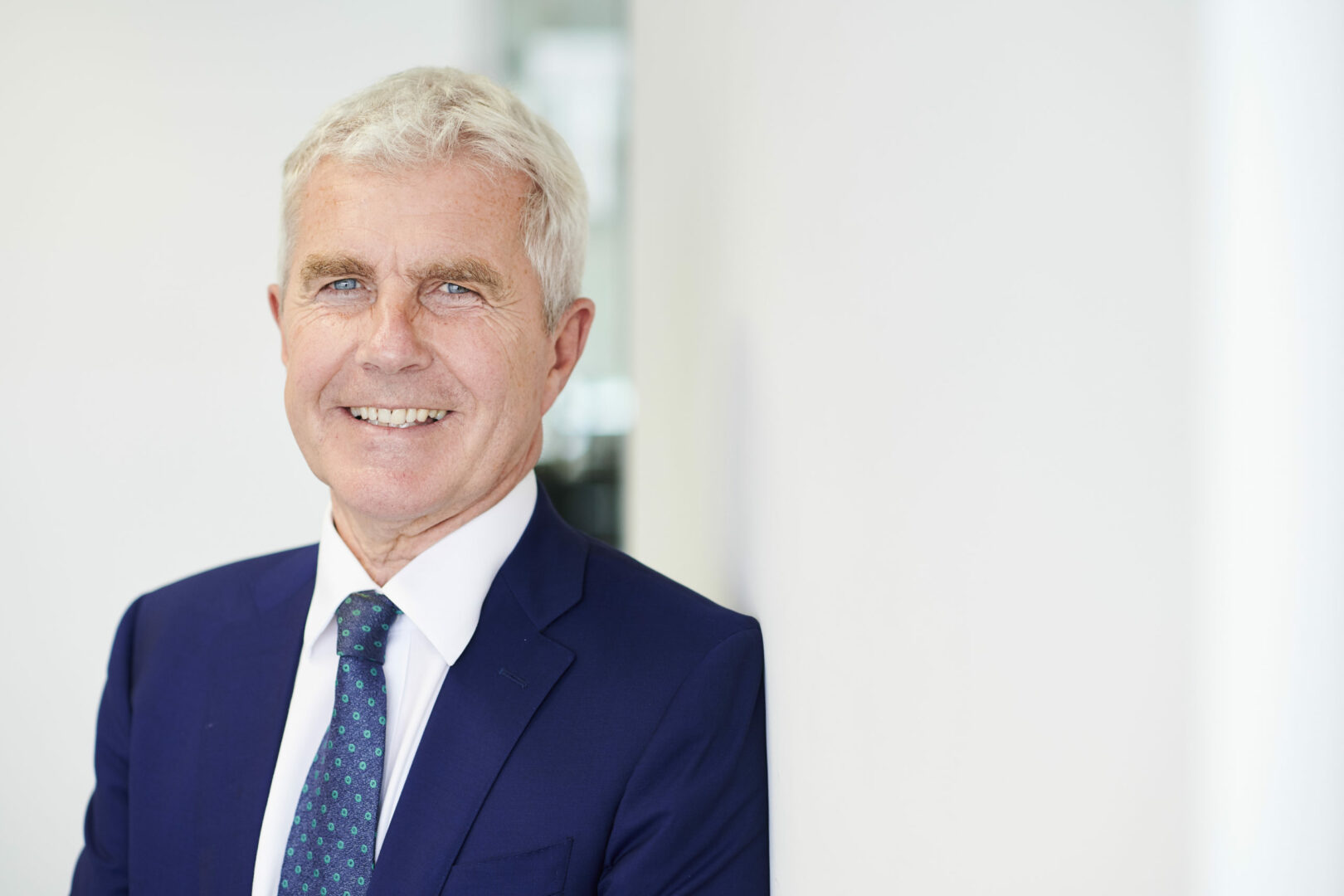 Politico likes to call Paul Adamson the “Godfather of lobbying”. And for good reason. The Brussels based firm he founded in the 80s made him an important champion for business facing a whole new world of European regulation.  Today, he’s one of our proud Mavens. We spoke to Paul about his views on the “Brussels Bubble” and Brexit.

What are you views about how we in Brussels position ourselves towards Brexit?

On the one hand you can say that Brexit has taken up a huge amount of energy since the referendum two and a half years ago, possibly to the detriment of many other policy making areas and initiatives that the EU has been undertaking as well as crisis management. So depending where you are coming from, either Brexit blocks everything else out and nothing else seems to exist, especially when you read some of the media which is largely much Brexit obsessed; but on the other hand we also know that major initiatives are still taking place at the Commission, for example, in the energy and technology fields and dealing with migration, the Eurozone, the rule of law and populist parties growing strength in certain member states.

How does it affect the job market, because we see some of these jobs leaving Brussels whereas some are being created. Are employers taking a different approach to hiring British people in Brussels?

I think there is a kind of conventional wisdom that it makes sense not to hire a Brit. It may not go as far as firing Brits who are already in their jobs but certainly until recently I would say there is this received wisdom that it makes more sense to hire a non-Brit to roles that the private sector is looking to place. Having said that, my experience is that if a British candidate comes along, is very good and they know the Brussels scene very well then it would be crazy not to take them seriously.

What is the Impact you can see at your level on the Public Affairs market in Brussels?

Well, I think there is still a huge amount of uncertainty as we all know. Brexit does come in two stages: One is the withdrawal agreement which we thought was signed and sealed quite recently until the huge defeat suffered by Theresa May in the British Parliament and secondly the so-called future trading relationship which they have not even begun to talk seriously about yet. The uncertainty is still very much there and even in the event of the UK leaving at the end of March, the summer or the end of the year we are still in for a protracted period of negotiations between the UK and the EU27 on the precise form this new trading relationship will take. I do not personally see a huge exodus from Brussels on the back of Brexit but in fact a reversal. Ironically, the British government, with their own permanent representation that is possibly about to be renamed a mission or an embassy is beefing up its presence here in Brussels.

Since Brexit has been decided there were rumors about Brexit being good for business. Having spent such a long time in consultancy in Brussels do you see this happening or is it just a myth?

I think that everybody has been trying to sell so-called Brexit services. I think it’s problematic as it is debatable how much business is out there as people can make their own evaluations. So, I would argue that there is a limit to how much business there is advising on Brexit. This will change if and when the focus switches to the precise nature of the future trading agreement. What has been useful in a business sense for consulting firms about Brexit is that it is a kind of door opener in marketing terms, to hold seminars, events and roundtables to bring yourself in contact with potential clients.

Moving away from Brexit, how do you see this European election year affecting job creation in Brussels and in particular the Public Affairs sector?

Every five years there is this sort of circus where a large amount of people leave the Parliament and of course, their personal staff. Normally around half of MEPs move either voluntarily or are voted out by the electorate and therefore there are a large number of ex-politicians looking for gainful employment and also their personal staff that think it’s a good time to move on even if their MEP has been re-elected.

During the period between now and when MEPs are elected, do you see a number of organisations holding off from recruiting staff so that they can see what type of powers will be in place after the elections?

Well, I think that they may hold off a bit to see who is going to be out there on the job market. There will not only be MEPs but assistants who may be interested in joining the private sector. Also we are in a sort of unofficial campaign period now. The Parliament will be sitting until spring but MEPs’ attentions will be elsewhere and their campaigns are more or less off the ground now. However, there will be a long hiatus this year with normal work slowing down. The first constituent plenary session meets in July when some of the top jobs are allocated but only in September do you get more information about other key jobs like Committee Chairmanship and membership of Delegations of Third Countries. When that is finally in place we have to wait for the new European Commission two months later which will present its own work program. So, in normal terms from now to the end of the year there is some uncertainty. I think the more sophisticated operators will be finding ways to predict various outcomes and finding innovative ways to provide input into the process despite all these changes and uncertainties I have just described.

Many anticipate a much more fragmented and divided populist European Parliament following this year’s European elections. What would be the key to lead successful advocacy in such a scenario?

That is a really good question, because it depends on the business sector. In the past businesses have not been very good at engaging with the centre-left. They got better over time and did not just rely on the centre-right pro-European and more pro-industry political groups as automatic ‘MEPs of choice’ but also dealing with the classic centre-left. Until recently you could possibly afford as a business organisation not to engage with other groups that didn’t automatically share your views. I think that has changed as the European Parliament is such a rich and varied organisation anyway; you may find people more sympathetic to your views on the centre-left than the centre-right. After the last elections in 2014 there was a high representation of so-called populist anti-European parties more on the extreme right but also on the extreme left, but they were marginalised to a large extent by the mainstream groups that managed to come together for a while and make sure these populist groups did not have any real levers of power. In 2019 some are predicting that there will be a large increase in populist European parties. Some  are quite sanguine about it and say that in the end the EPP, ALDE and S&D will still form a solid majority in Parliament but we don’t know this time round as most of these populist groups are also represented in national governments so this is not like in 2014. So I would warn those who are over sanguine about being able to handle this new Parliament that they should be rather cautious.

How do you see employers preparing for this? do you see preparations so far or is it too early?

I think it is a bit too early. Without being to naive we have to prepare to be open to dealing with these types of people. If a populist MEP becomes a rapporteur for a particular sector then you have to find ways to deal with that individual and other involved in the debate. And again without being too naive, some of these populist MEPs may ‘go native’, so to speak. Once they enter the building they will realise that it is not the awful place they thought it was. I think it depends to a large extent on how well organised these populist groups are and how they can make the system work for themselves.

A difficult question, what are the risks and opportunities to look out for in 2019 in the Public Affairs arena?

One of the risks is that there is too much supply and not enough demand, so in commercial terms there is not enough work around for everybody within consultancies. I also think the risk is not being able to keep up with the scale of what’s been happening because the European Institutions will change a lot. For all my almost 40 years in Brussels this year will see the highest incidence of personnel change in the EU institutions. In terms of opportunity, I think it is the people who are the most thoughtful and who don’t replicate other people’s received methods and ideas but have genuine new approaches to how to handle this new challenging political environment who will be the most successful. Furthermore, what will be increasingly important maybe paradoxically in this era of technology is forming and maintaining personal relationships, because at the end of the day a lot of public affairs work is about getting ear or eye time with people. It is not just about knowing somebody but both sides trusting each other. 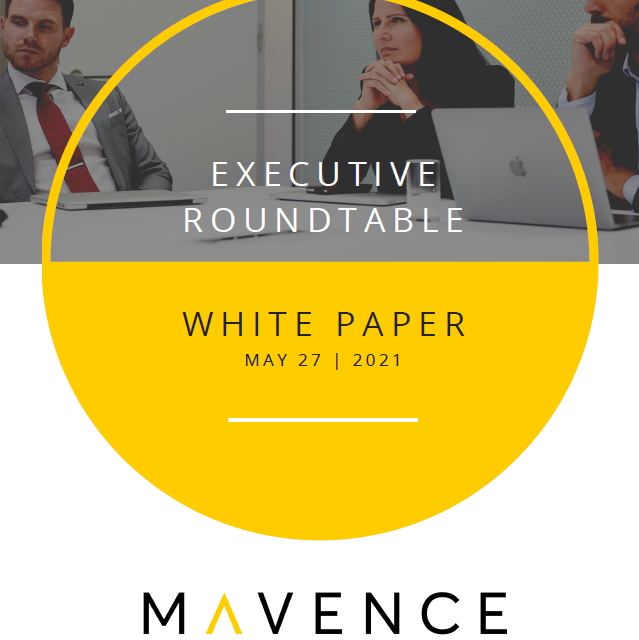 On May 27th, Mavence hosted senior organizational leaders from across the international public affairs sector for a virtal Executive Roundtable, focused on leadership, management, engagement, and team culture during and after Covid-19. Held under Chatham House rules, the collected insights and key takeaways from the discussion capture valuable lessons learned from diverse corners of the industry.