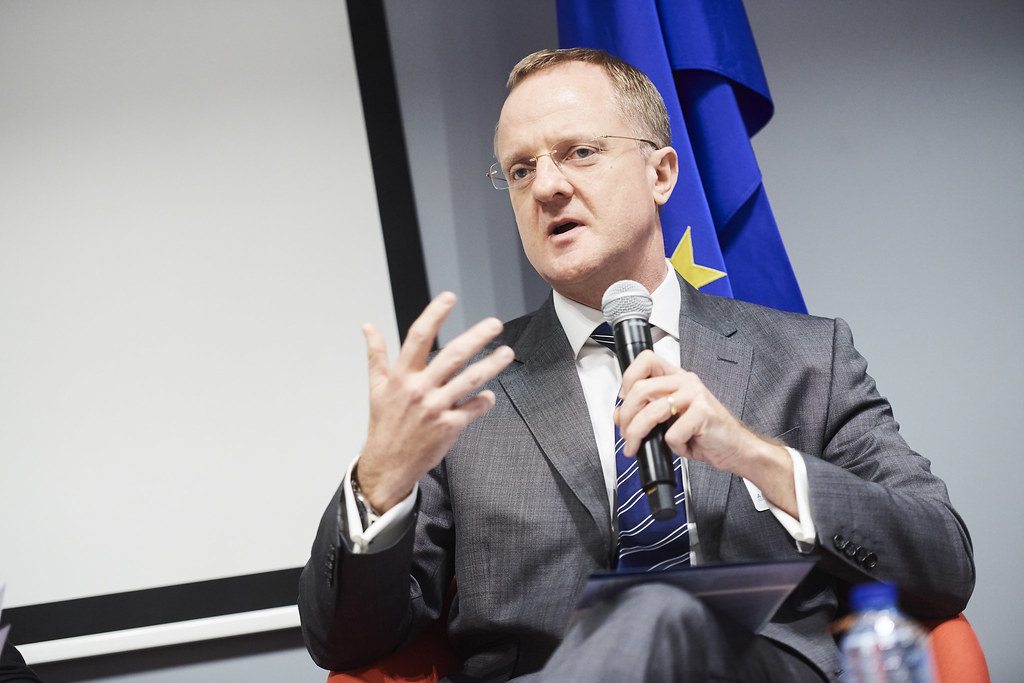 As IBM’s European Vice President for Government and Regulatory Affairs, Liam Benham has a unique point of view on the Brussels Bubble. Especially when it comes to the digital economy and Brexit.

How would you describe your management and leadership style at IBM and how have you adapted this from your time with Ford?

My style is to focus on integration. So although your base may be in Brussels, it’s vital to take a pan-European perspective with a highly integrated team; not a series of little Government Affairs islands around Europe. It has to be seamless. That’s the style I have at IBM and also the one I had at Ford, my previous company. EU policy making is not just in Brussels, it is pan-European, so you need to be relaying the same messages, with the same emphases, right across Europe.

How was the challenge to adapt to a new sector such as IT? Where are the differences and similarities to the automotive sectors at corporate level?

I would say some obvious differences, but also a surprising number of similarities. Naturally, there are different issues, and there was a learning curve in pivoting from 15 years on automotive issues, CO2 emissions, vehicles safety, etc., to ICT issues. However the fundamentals, how I approach my job, have major similarities. Both Ford and IBM are big American companies with similar corporate cultures, which I think made the transition easier. Had I moved to a German, French company or Japanese company, the transition may have been more difficult.

Based on your own experience, is it easier to move sector or organisation type, e.g. from corporate into an association or vice versa?

I have covered both sides; at the start of my career, I worked for a trade association and joined the Ford motor company from there. Therefore I understand what’s involved in moving from a lobbying role in a membership association to an in-house corporate role, as well as switching from one corporate to another. I believe moving from one company to another is easier; the dynamics of an Association and a company are very different and there is always a period of adjustment. The skills of working in an Association, seeking consensus, trying to find the membership sweet spot on a particular issue – are quite different to those you use in corporate life. There, your position on an issue is usually more straightforward.

What impact is Brexit having on your organisation and its political agenda?

Brexit will impact every business organisation, although until we know the outcome we won’t know precisely what that impact will be. The impact on IBM is likely to be less than for a company with a large European supply chain. Our major issues surround data and also the movement of skilled people. Those are really the two key Brexit issues, not just for IBM but for the ICT industry in general. These could be serious, but I hope we reach agreement on those issues in negotiations. However, when I look at my old industry, the automotive sector with their complex supply chains, there is clearly a substantial business risk.

How does your experience at Board level of associations such as Digital Europe shape your work in a company like IBM?

I sit on a number of association Boards, including Digital Europe and AmCham EU as well as being Vice-Chair of Business Europe’s Digital Economy Task Force. I have always taken the simple view that – and this may come from my association experience – if you are going to be an association member, you should be an active one. There are too many people that just sit in meetings taking notes. An Association is only as strong as the inputs from its member companies. I make this my business and I encourage my team across Europe – all of whom sit on Boards of various IT associations, Chambers of Commerce, etc. – to do the same. Obviously, this helps profile IBM and on occasion it helps shape the association positions, although when you are a Board member you usually avoid throwing your weight around. It clearly is an aid to networking, so there are many benefits. I think the association also benefits from IBM’s contribution, with our size and our history in Europe.

Within large Associations in Brussels, do you believe there are more similarities in approach than there are differences?

The basic dynamic of all associations are very similar; trying to reach compromises between companies or national associations. One observation I have from an ICT industry perspective, is that our associations are a little more broad-based. In my automotive days, our Association, ACEA, the members were generally unified on any given major position. In ICT, it seems much more difficult to get that clarity, even our position on key issues. Not every Association is equal, some have a tougher task than others – that’s just how it is.

What would be the best two pieces of advice you would offer executives about to jump to a large multinational to lead their Public Affairs team?

First, spend time building your team. You are going to be judged on the success of that team. You should reflect on whether you really want to be the head of a team if you do not like interacting with people and listening to their concerns. It is surprising how many people that do not enjoy people management take these positions.

So, focus on understanding your team, identifying their strengths and where there needs to be improvements and even occasional changes. Second – and this is Brussels specific – don’t become fixated on the Brussels’ bubble. If you’re leading a Public Affairs team from here, make sure you get out to the countries and just understand that EU policy making, although important in Brussels, is not the be all and end all; what happens in the national capitals is crucial.

Who inspired you the most in your career?

A number of people I guess, but perhaps Roger Humber, the head of the association where I worked in my early days as a lobbyist. He was head of the UK House Builders Federation, and I think I still have some attributes of his lobbying style today. Some people might describe it as quite a robust approach; not always seeking the compromise, but actually sticking to your position and trying to get others to meet you halfway. So people like Roger have been an inspiration. I guess after 25 years as a lobbyist you do pick up attributes from the different people you worked for. Of course, you also discover who not to emulate during that time; I won’t name names, but you do learn lessons.

One thing I discovered about running a team is to always treat people in a way that you would want and expect to be treated. This is a very important thing to keep at the back of your mind, because I was once a junior in a team. I remember when I was treated well and people helped promote my career, but I also remember when the opposite happened. So always try to take positive lessons from your experiences as you climb up the career ladder.

Where do you get your inspiration from in your work today?

Sometimes you come across people in this role that have moved from a different function within a company – perhaps they used to be an engineer before becoming a lobbyist. Some of those people love politics but some of them just don’t, and you can’t do this job if you don’t really love politics; I do. I have been a political animal from an unhealthy young age, watching Margaret Thatcher in the UK. It is great to be in a profession you are really interested in and to be paid to do something you really love. I think even if I was not a lobbyist, if I was not working in Government Affairs, I would still be watching the news every night and still be engaged in politics in some way. 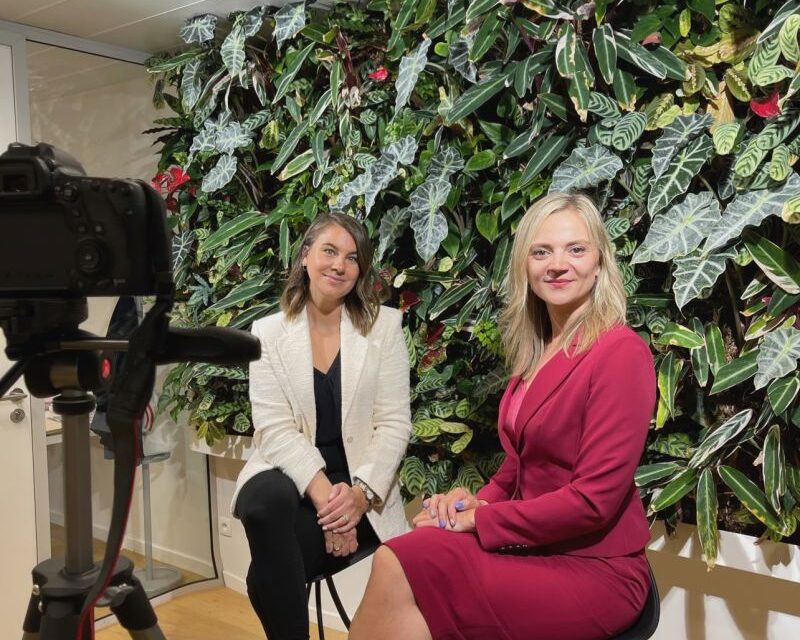